Share: mail
close
Your message has been successfully delivered! 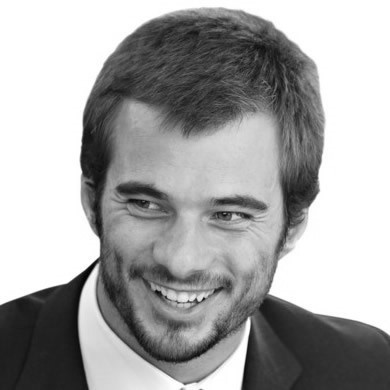 Antµnio was born in a socially engaged family structured around strong Catholic values. Since a very young age, he was involved in volunteering and youth movements, some of which he eventually came to lead. When he got to adolescence, his leader abilities were clear to his peers, who elected him director of several Catholic summer camps and university missions (social-driven project that takes university students to social intervention contexts in rural areas in Portugal). These experiences engaged him with a network of students that, just like him, wanted to take action and make a positive impact in their communities.
One day, 18-year-old Antµnio tried playing guitar in the street with a couple of friends. In the first hour they made 30 and decided to use this money to buy dinner for a homeless man who had been enjoying their music. Antµnio and his friends felt it was incredibly easy to make a change in someones life simply with the small pocket change they received while having fun playing... and thus the seed for Just a Change was planted.
They went on with this experiment and gathered more and more friends to play in the street and share dinner with homeless people. However, they realized that there were already several solutions in place to provide this kind of assistance to homeless community, so they asked local institutions what social needs of poor people were being neglected in Lisbon centre. One of the institutions presented them to a family they were having difficulty to help, a family leaving in a house infested with cockroaches with falling walls, that didnt seem to be cleaned for ages. There lived a drug addict and her old sick mother. Antµnio got profoundly touched with the situation and mobilized what was needed to help this family, which in his view had to start by cleaning and fixing their home. From this moment onwards, Just a Change defined its mission as to fix peoples homes as the gateway for a wider life rehabilitation.
When Antµnio graduated from his studies in Industrial Engineering, he got a job offer in SONAE. At this moment he had to make a decision: should he pass the direction of Just a Change to a new group of University freshmen who could keep leading its activities in a volunteering basis, or should he turn down a business career to fully commit to professionalize and scale Just a Changes capacity and impact? By then, more and more social institutions were referencing families living in terrible conditions and with no chance of getting help in improving them. This led Antµnio to take the risk and work to build a new business model and design the project in a more systemic and structured way.
During this year, someone filmed a video of a rehabilitation project that became one of JACs most powerful success cases. It featured a man called êlvaro, who lived in complete isolation without a toilet or running water, in a room infested with cockroaches and mice and who never spoke to anyone or let anyone help him. During Just a Changes intervention, êlvaro started little by little engaging with the volunteers and getting excited about his life change. After JAC finished the job, he started taking care of his hygiene and appearance, became a volunteer to help rehabilitate the houses of his neighbors and became an active member in his community.
This showcase was the turning point in Just a Change - as it catched the attention and interest of a big sponsor that granted 70.000 to help setting it up. From then on, a professional team was hired and managed to secure new sources of revenue to assure the projects sustainability and growth.
Antµnio is now 27 years old. References consulted in this application process included two experts in social entrepreneurship in Portugal, who characterized him as a charismatic, trustworthy, extremely kind and selfless social innovation leader with a big potential.